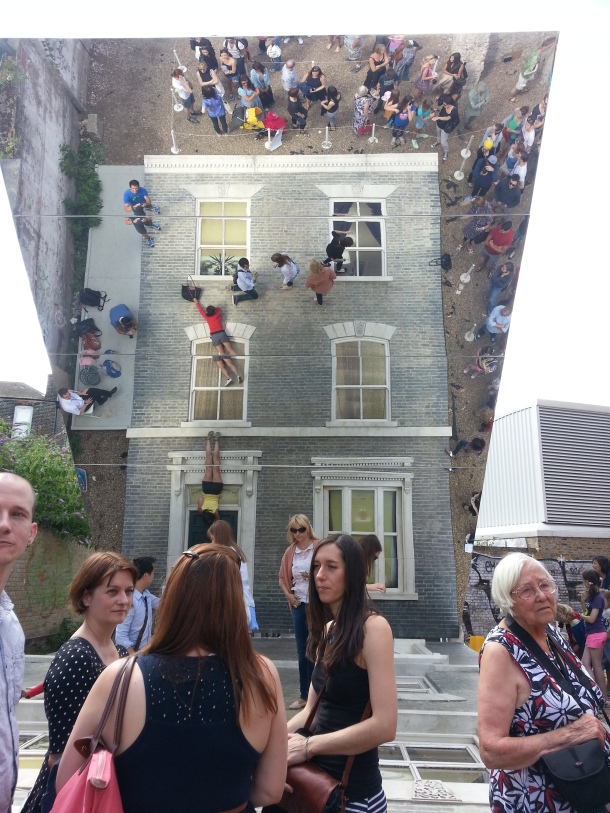 Last weekend Jeff and I swung by Dalston House, an interactive piece of art by Leandro Erlich, commissioned by the Barbican. The detailed facade of a Victorian terraced house is constructed flat on the ground, with mirrors positioned overhead to give the appearance that people are climbing or falling from the house.

The mirrors suspended over the facade of the house.

We faced a two hour queue (complete whining, impatient children – though one child was dressed as Spiderman and he waited very, very patiently until it was his turn to scale the house!) to get 5 minutes to play in the space. It was well worth it.

While you’re queueing you’ll see what other people are doing on the facade, and they make it look all too easy. However, it’s shockingly difficult to maneuver in the space, laying down and making it look like you’re doing anything but just laying there. Looking at our pictures, I’d love to go back and give it a second go, fresh with new ideas, props, and maybe a bit of practice beforehand so the images look even more fantastic!

Here are the pictures from our 5 minute visit: 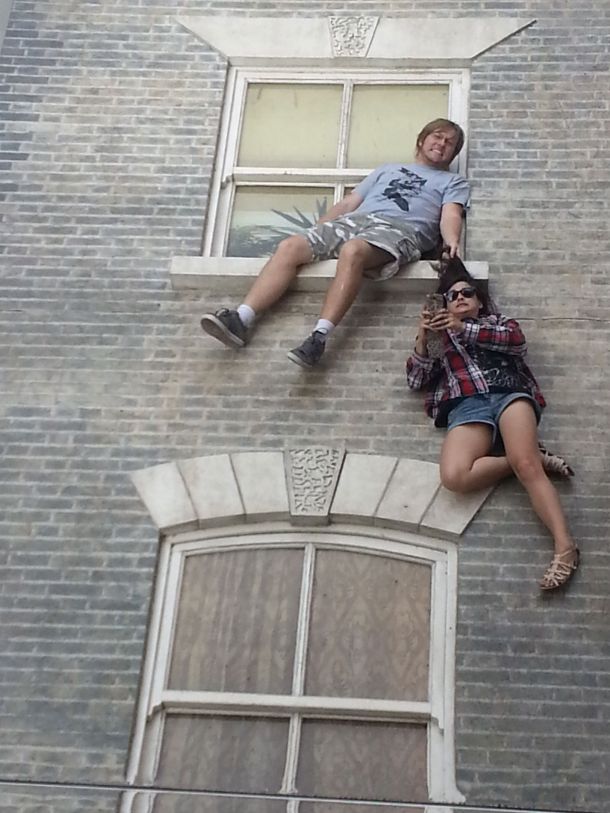 I don’t normally let people play with my hair… but when I’m falling out of windows I’ll make exceptions. 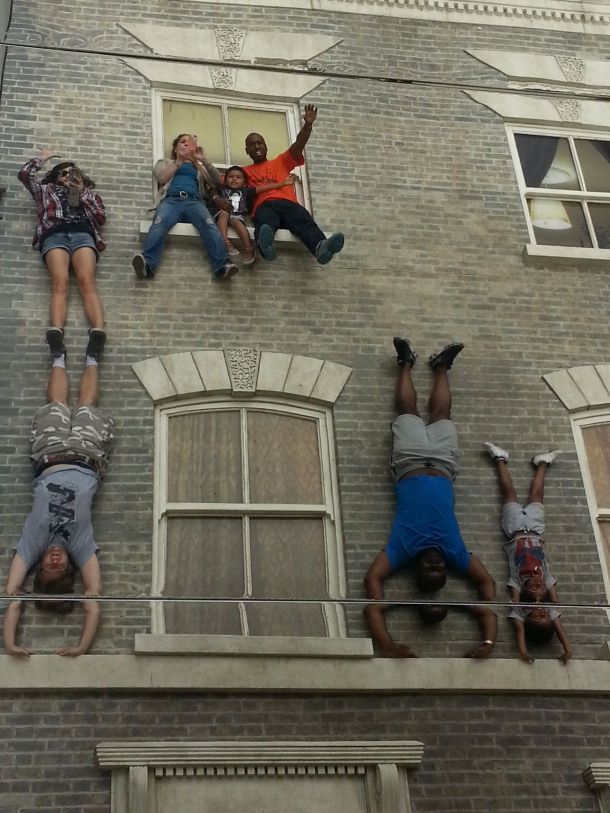 The weirdest selfie I’ve ever taken.

Tumbling down at Dalston House.

One thought on “Just hanging around at Dalston House”