Going to Glastonbury Festival felt like falling through the rabbit hole and landing in a magical wonderland waiting for guests to discover all of its secrets. Once you’re through the ticket gates, the adventure begins…

Starting with terrifically twee food vans and cider bars on wheels! Ordering food is so much more fun than the normal grocery shop then prepare at home routine – especially when it’s delicious, made-to-order, and comes out of an adorably decorated food truck/van/bus. Hurrah! 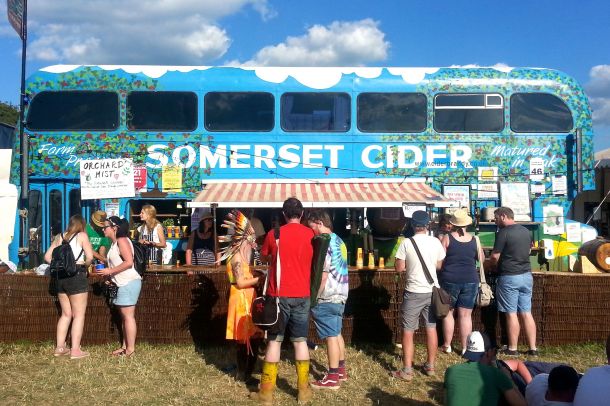 To make sure I didn’t miss a moment after my phone battery died, I even brought my old film camera along. (Though I was able to get all these shots in before my phone died. 😉 ) 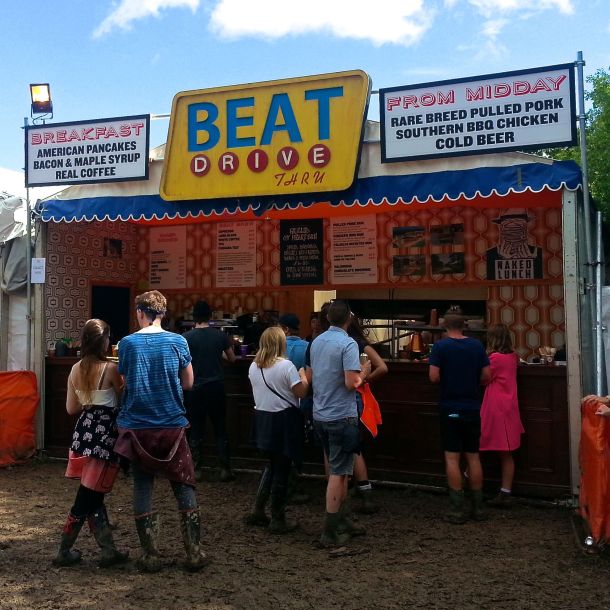 There was a food stall themed around the beat generation depicted in Jack Kerouac’s On the Road, complete with an American style menu.

And more than one business (oh hey, Tea & Toast!)  appreciated alliteration just as much as I do. ❤ 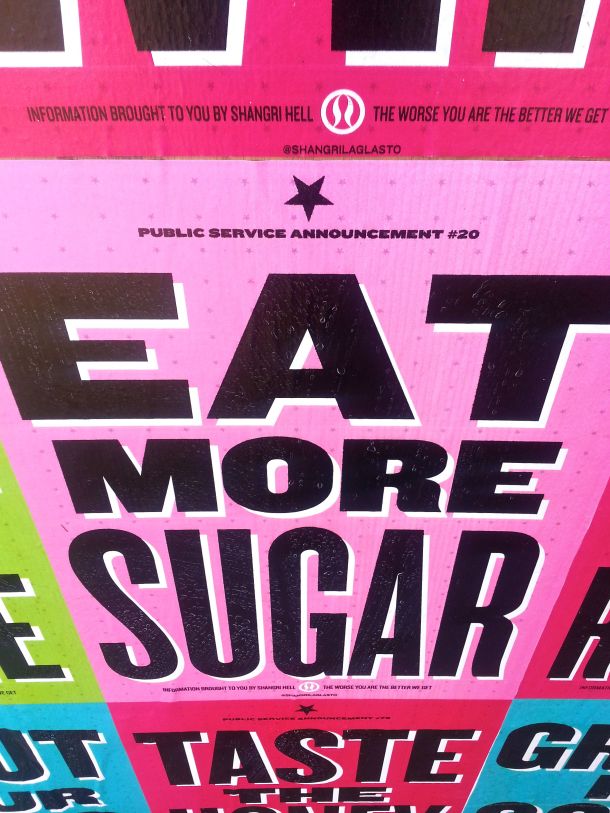 Over in Shangri Hell there were loads of tongue-in-cheek PSAs mocking recent trends and pop culture. (And while I don’t normally do selfies, I thought it would be fun if I did just that… though after I got home.) 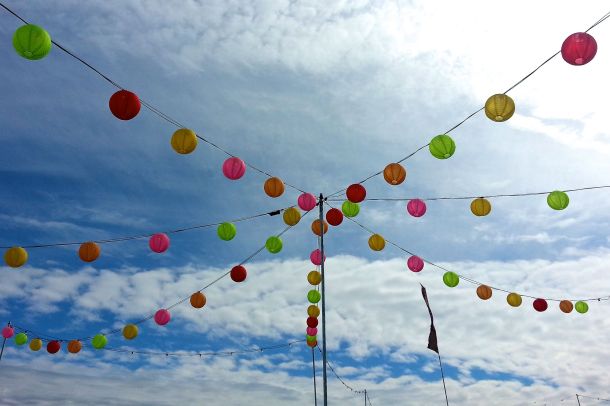 There were also plenty of decorations throughout the farm – including bunting and flags and lanterns! – just because. And I liked that. 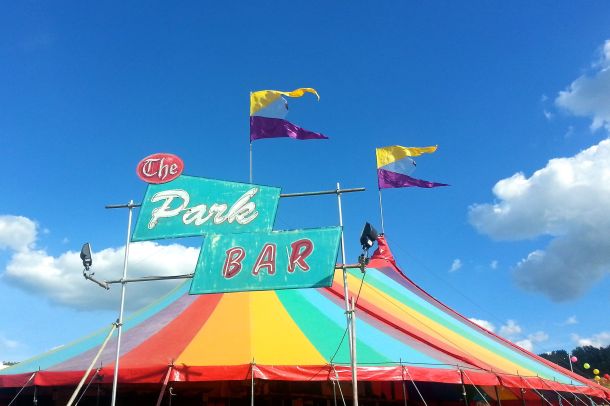 And never forget to look up! There are all sorts of little details to see in each of the tents.

At night the whole place lights up and transforms from a festival into a sprawling, magical playground for adults with plenty of bars, clubs, and entertainment. You can even bring your own booze into each of the venues, which just adds to the fun. (There’s also something surprisingly rewarding about leaving your tent with a rucksack weighed down by cans of cider and beer, and coming back with it empty.)

With so much to see and do it’s not hard to stay out until the sun comes up. And then you’ll be greeted with a picturesque view of the campground while you trudge through the mud back to your tent. 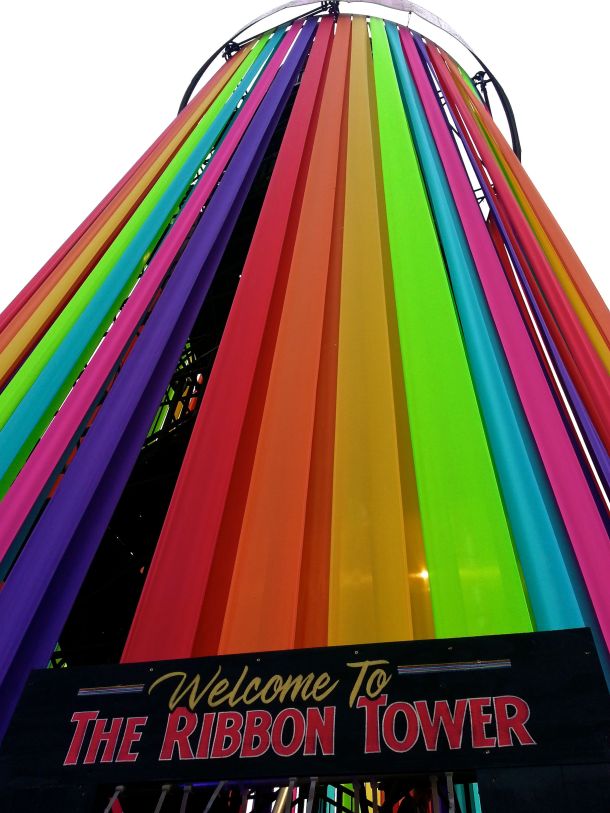 If you don’t want to wait until sunrise, you can always climb The Ribbon Tower to see a fantastic view of the festival during the day.

But if the queue for The Ribbon Tower is too long, another spectacular view is from atop the hill in The Park – though climbing up there is quite a bit of work! (Look – you can also see The Ribbon Tower off to the right in this picture!) 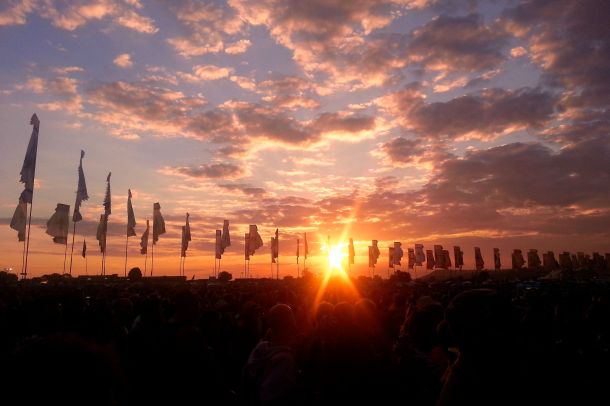 Goodbye, Glastonbury! That went far too quickly, but I hope to explore your wonderland again next year…