Day 3, our last day in New York City, came far too quickly! And even though we packed in so much on days one and two, there was still so, so much more that we wanted to see and do. Here’s what we managed to pack in before it was time to take the coach back to Boston…

For our last day in NYC Jeff had his museum pick of the American Museum of Natural History (AMNH) – where we saw one of the only T-Rex skeleton displays with bone on exhibit in the world! (Fun fact: most dinosaur skeleton displays actually feature casts of bones.) I’m pretty sure he picked this one because he knows just how much I love dinosaurs, but don’t worry – he’s been to NYC more times than I have and he’s already been to all of the major museums (some of them more than once before we went together).

No way was I going to pass up a photo in the Theodore Roosevelt Rotunda at the AMNH with the Barosaurus skeleton shown on its hind legs! (And yes – that’s a skeleton made of casts of bones, not actual bones.) Just look how small we humans are in comparison – amazing!

After lurking around the dino bones we strolled through the gem stone exhibit and then I read pretty much everything there was to read in the exhibit on early humans. (This is now the most searched for topic in my Google history.) 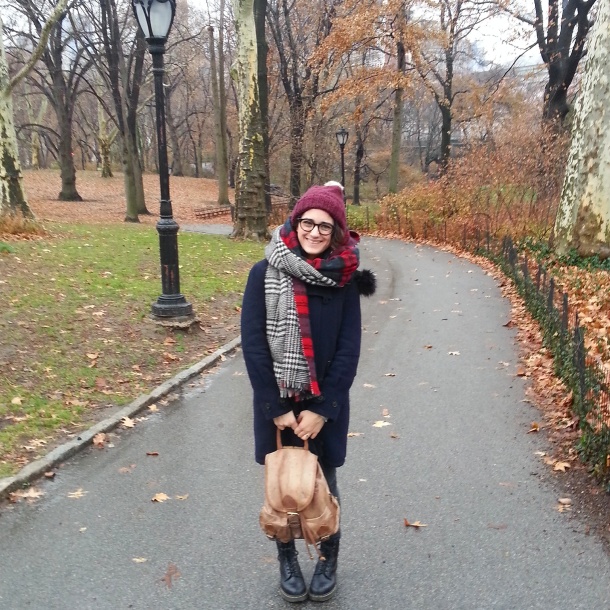 After the museum we went for a walk in Central Park. I was so overly excited that not even the rain (I hid my umbrella for the picture – vain, I know!) was going to stop me from enjoying the walk. We entered the park near the AMNH, and then wandered through to the Alice in Wonderland statue (though, sadly, no picture because the rain was coming down heavily by that point and I didn’t want to risk ruining my phone) before exiting the park as near to Carnegie Deli (where we were headed for lunch) as possible. 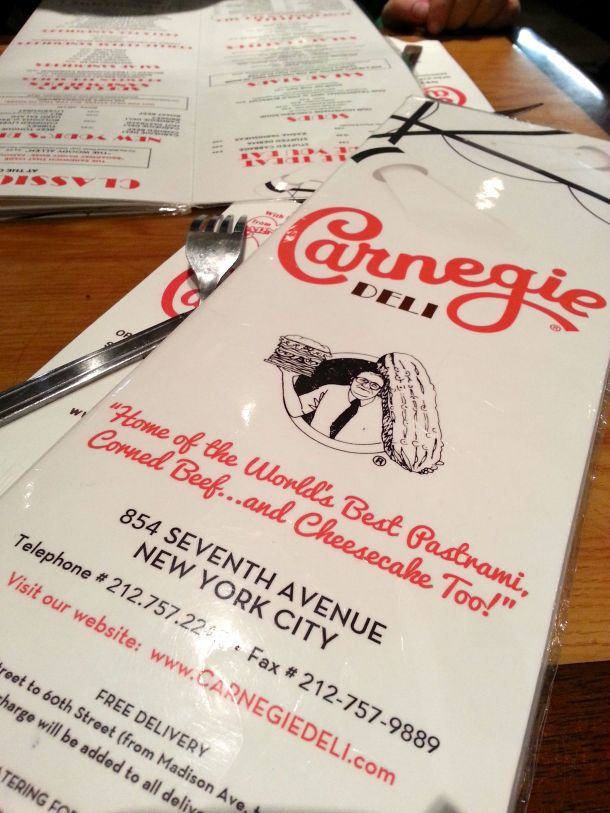 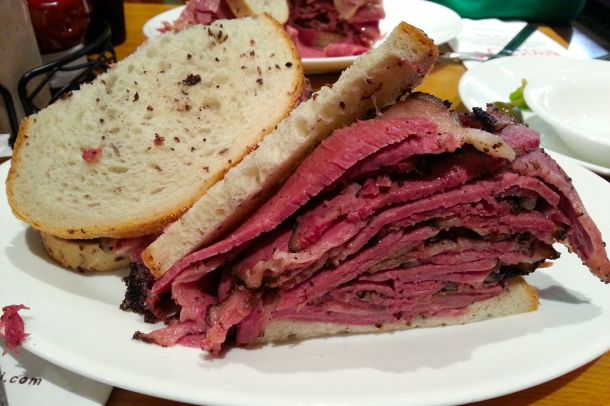 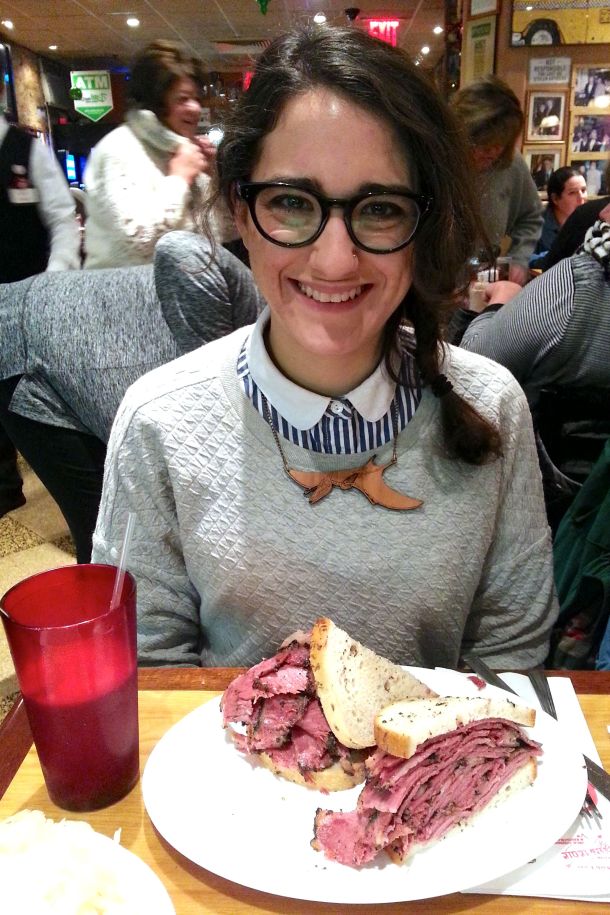 Boy oh boy, Carnegie Deli! When we first looked at the menu we thought the sandwiches all looked pretty pricey (about $18 each!) and then we go there. We sat down, and they gave us a bowl filled with massive (they were each the length of one of my fingers) and totally tasty pickles to munch on while we read the menu. Jeff got the corned beef and I got the hot pastrami, pictured both on its own and with me for scale. Luckily, they let you wrap up what you don’t finish so you can tuck in later! 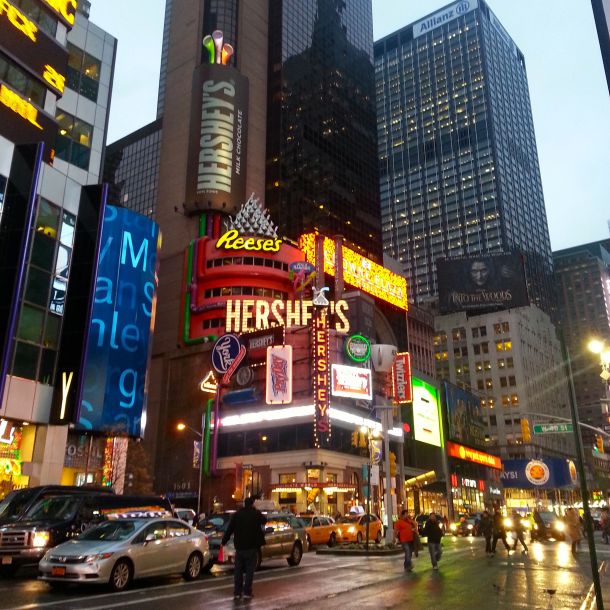 After lunch we walked over to Times Square one last time to swing by M&Ms World to see which flavours of M&Ms they had (M&Ms World Leicester Square, they have the Peanut Butter M&Ms in all the colours at the NYC location! Pretty please make this happen in London? For me?) and the Hershey’s Store where we were after some Reese’s-themed treats for a friend here in London.

And then, all too soon, it was time to go! We whisked back to the hotel, collected our luggage, flagged a cab and were off to the Mega Bus stop to catch our coach back to Boston.

NYC, we will be back again!

One thought on “Travel Diary: Day 3 in NYC”