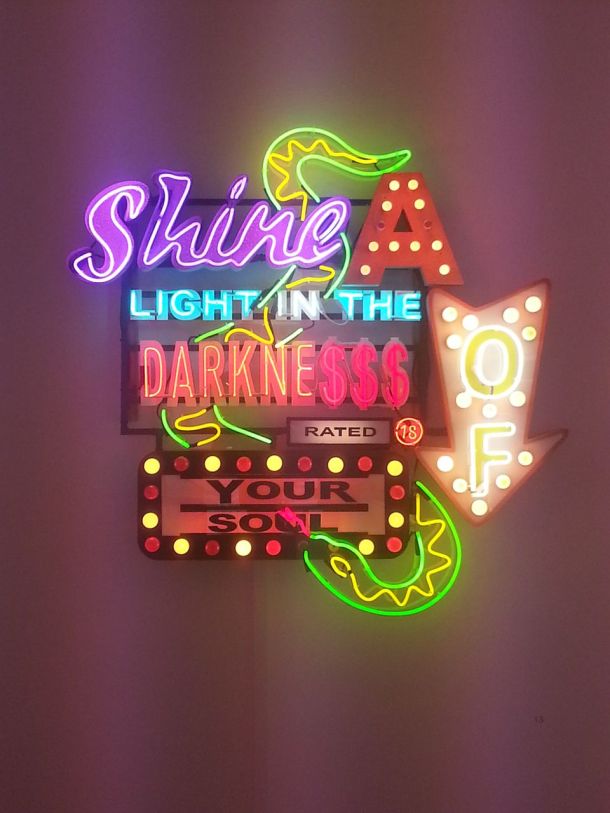 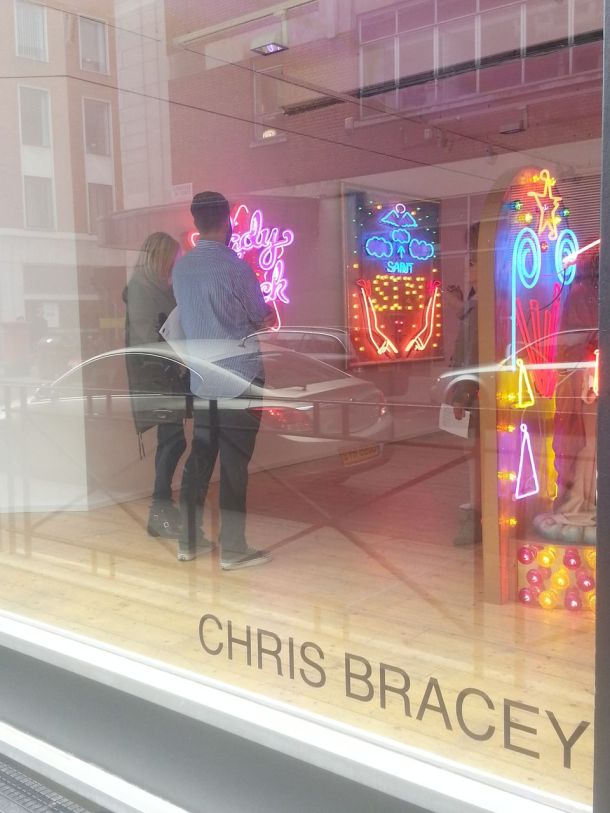 Even my boyfriend, who doesn’t even really like art, liked this one, and he took a picture of one of the pieces. To put that into context: he thought The Light Show at the Hayward Gallery was a bit dull, and in the past 10 months I’ve seen him take only a handful of pictures. (Actually, I think his iPhone gallery has only about 50 pictures on it.) 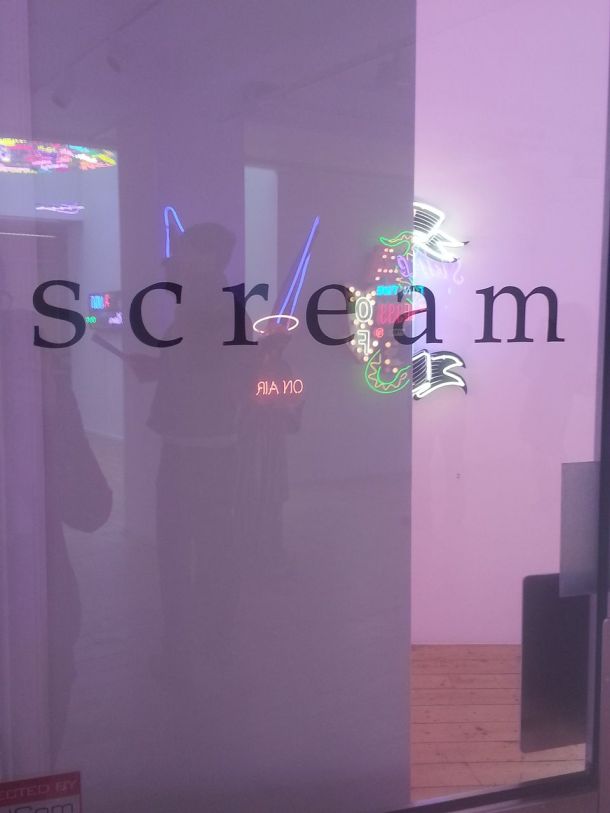 But this post isn’t about my boyfriend – even though he’s keeps distracting from writing – this post is about Chris Bracey and his neon lights on display at Scream Gallery. 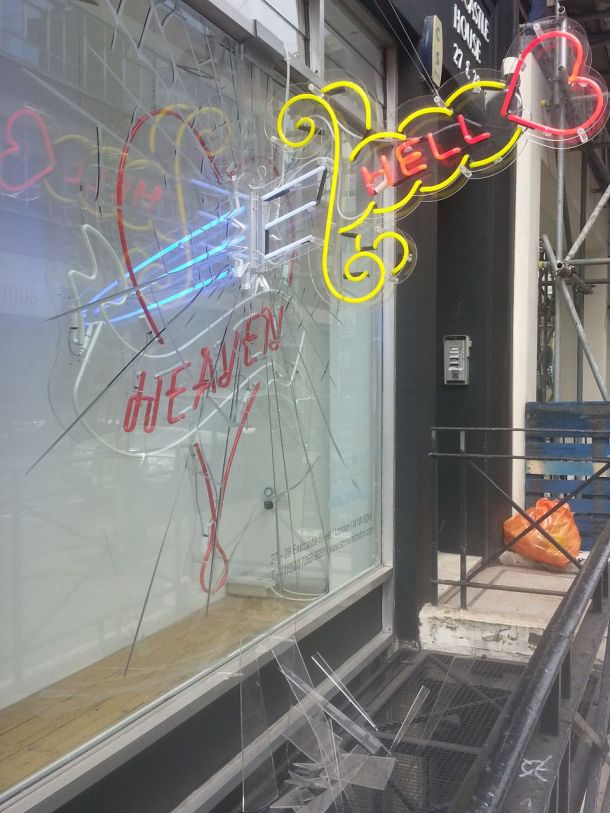 So, as I was saying, this is his first solo show in the UK, and Bracey has been working with neon lights for over 30 years. 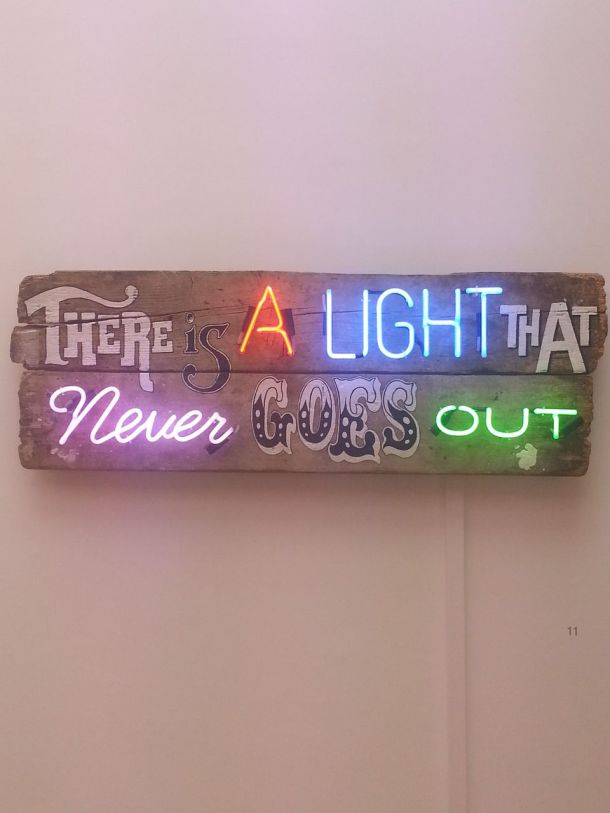 In fact, he’s got A-list celebs commissioning works, he’s produced installations for Stanley Kubrick’s and Tim Burton’s films, he’s shown extensively in the USA, and back in the 1970s he actually created signs for Soho clubs. Unfortunately, I don’t know why it’s taken him so long to have a solo show in the UK, but I’m glad it’s finally happened.

The works on display today are a selection of new works specifically dealing with the themes of heaven and hell, which Scream Gallery notes is a metaphor for Bracey’s diverse biographical journey: “These themes bring together the highlights of Bracey’s practice and transform the gallery into the realms of heaven, with free-standing Angel and Jesus sculptures, suspended wings and star constellations; and hell with his trademark Soho sex, tattoo and rock ‘n’ roll iconography such as ‘Hot Burning Love’.” 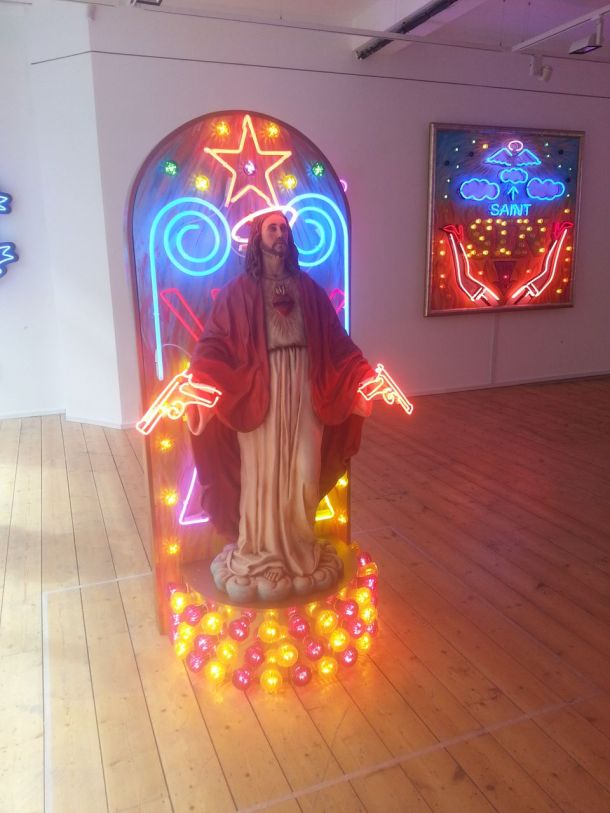 This show is playful and fun, yet has serious undertones in questioning morality and spirituality. Many of the pieces have pop culture references (hello, The Beatles and The Smiths!), and it’s hard to miss the Vegas-meets-Soho vibe with the style of the works. Everything is for sale with prices ranging from £6000 to £20,000, and my boyfriend and I left discussing how we’d love to have bought something. 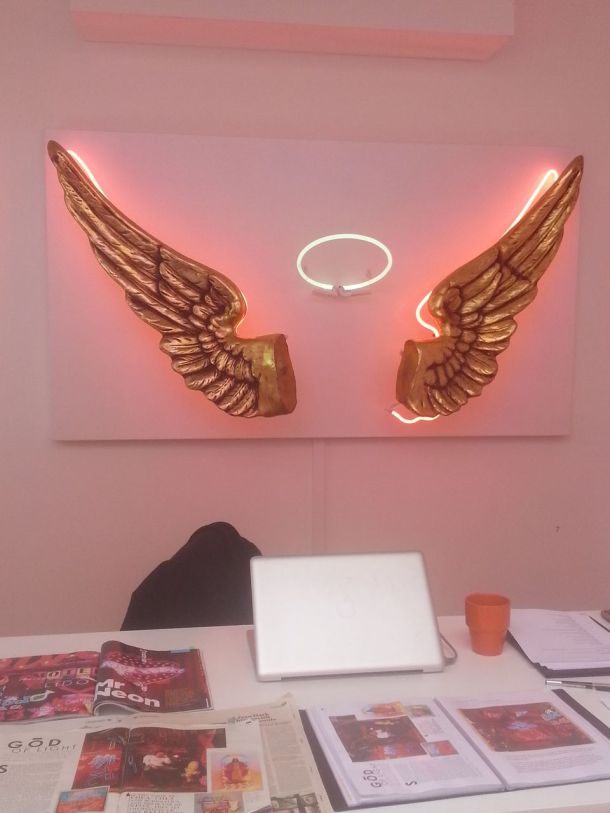 “Like any work of art, it’s got spirit. Neon is only happy when it’s on, when it’s alive”. – Chris Bracey on his work 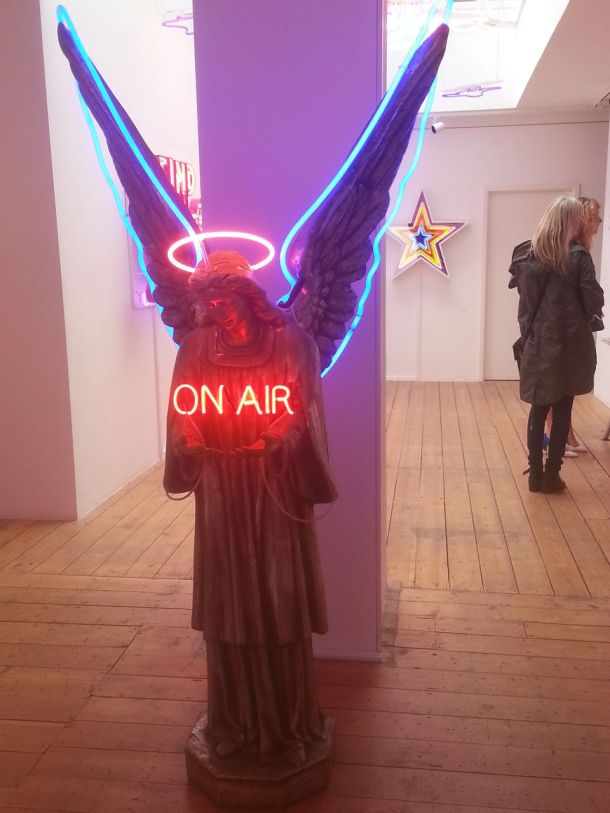 Chris Bracey at Scream Gallery is on until 1 June. Entry is free, and I suggest you go ASAP!

One thought on “Chris Bracey at Scream Gallery” 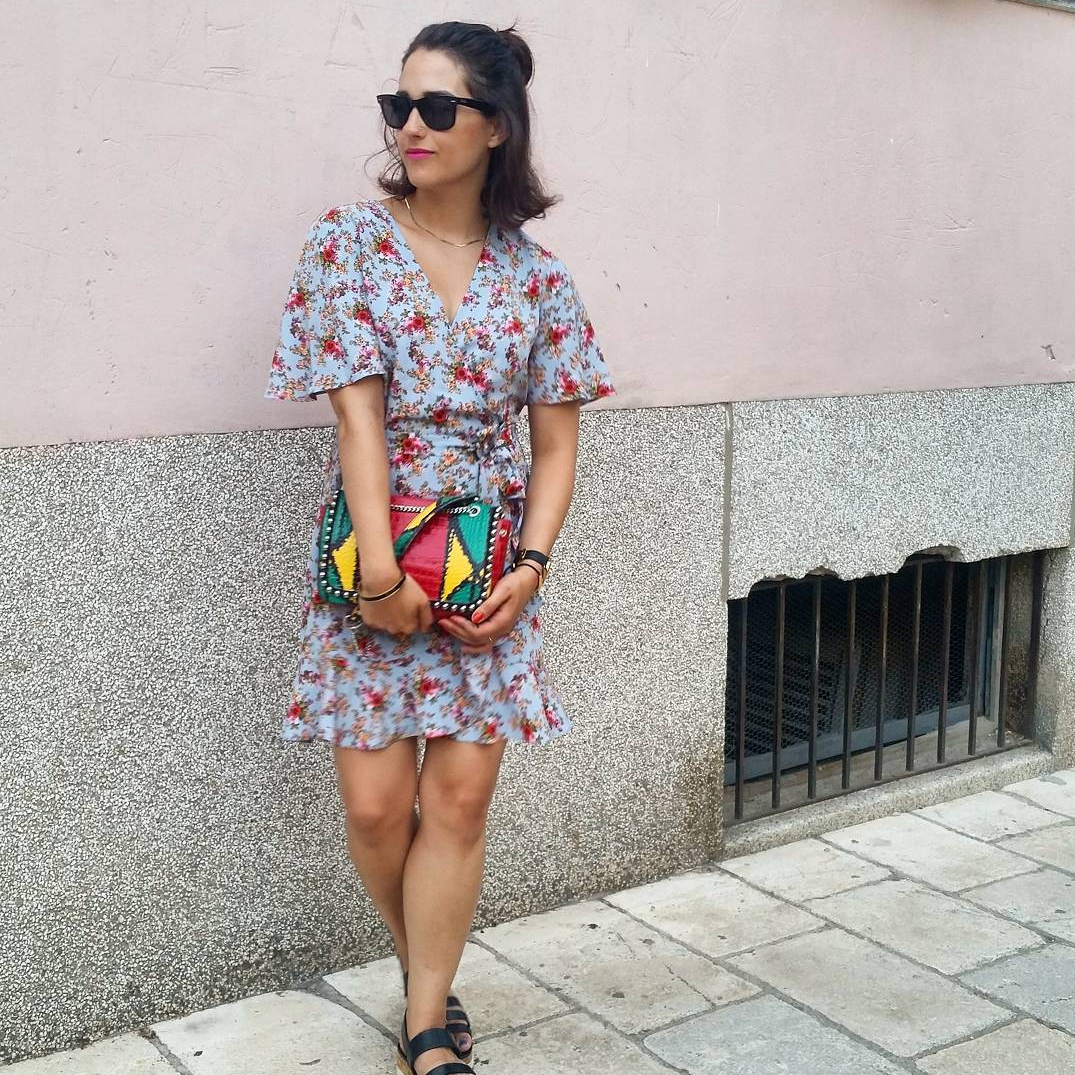