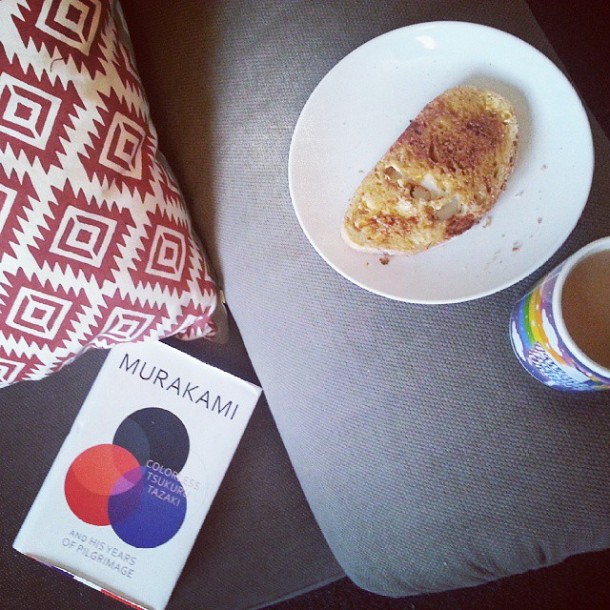 I’ve been a fan of Haruki Murakami’s writing for several years now. Whenever I want to get stuck into a book that I know I’ll be happy with, I pick up one of his. And so far I’ve not been disappointed.

So when the English version of Colorless Tsukuru Tazaki and His Years of Pilgrimage, Murakami’s 13th novel, came out earlier this year I picked it up almost immediately – and then waited till I had one of those weeks where I thought: I need a good book that I’m not going to want to put down.

And, with no spoilers, in one word I can say that’s exactly how this book was for me: unputdownable. 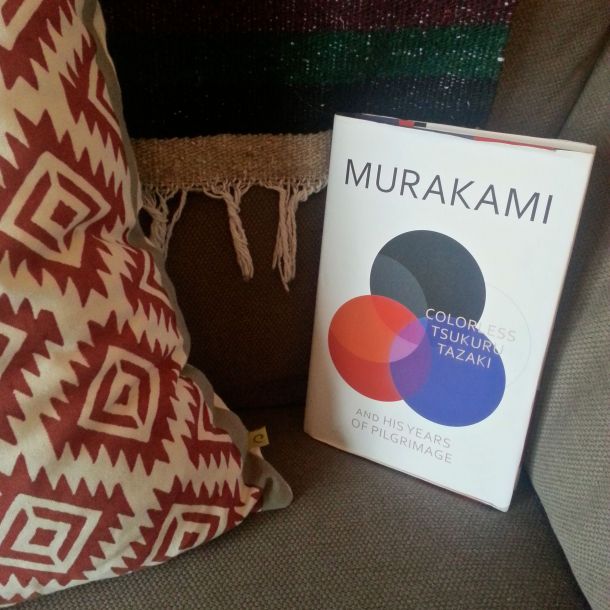 If you’re not familiar with this book, the official blurb is:

Tsukuru Tazaki had four best friends at school. By chance all of their names contained a colour. The two boys were called Akamatsu, meaning ‘red pine’, and Oumi, ‘blue sea’, while the girls’ names were Shirane, ‘white root’, and Kurono, ‘black field’. Tazaki was the only last name with no colour in it.

One day Tsukuru Tazaki’s friends announced that they didn’t want to see him, or talk to him, ever again.

Since that day Tsukuru has been floating through life, unable to form intimate connections with anyone. But then he meets Sara, who tells him that the time has come to find out what happened all those years ago.

Compared to the other Murakami books I’ve read, this story was much more straightforward with a linear plot and without parallel lives or elements of another world. (I’ve been told it’s more akin to Norwegian Wood, though I’m afraid to say that’s still on my reading list!) Regardless, the story is well thought out, flows well and is punctuated with clever little observations about life.

One of my favourite qualities of Murakami’s writing is his ability to write characters in a realistic way so that you not only create a realistic image of their physical appearance in your mind, but also their facial expressions and body language. And his descriptions here do not fail to deliver. Every character, every exchange, was written in such a way that I felt as though I was in the same room as the characters, a witness to their conversations and Tsukuru’s internal dialogue.

Throughout the story Tsukuru delves into his past, reminiscing about what used to be and looking for closure on why his friends abandoned him. He considers how this event shaped his life and personality; he connects events from his past to dreams of his present and searches for connections in his adult life. Though while searching he seems to unearth more questions than answers and he needs to turn the focus inward for some serious self-reflection.

While I thoroughly enjoyed the story of Colorless Tsukuru Tazaki and His Years of Pilgrimage and found the central ideas of consciousness vs reality and personal history incredibly interesting, I won’t deny that I think I prefer Murakami’s more ‘magical’ stories. Good thing I haven’t read everything he’s written… yet!

One thought on “What I’m Reading: Colorless Tsukuru Tazaki and His Years of Pilgrimage by Haruki Murakami”